Visit me at Studio #24   -   Both weekends before and after Thanksgiving 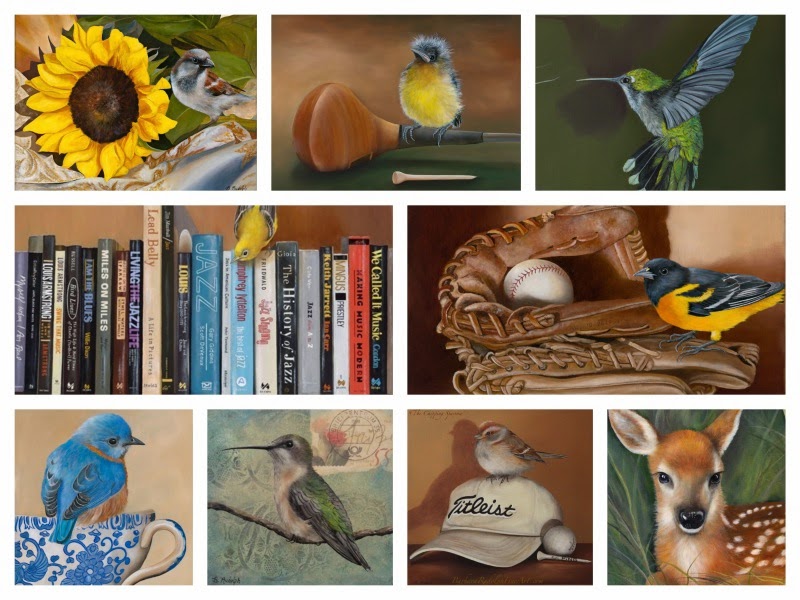 The 18th Hidden In The Hills Studio Tour and Sale starts this weekend.  180 Sonoran Arts League artists will be demonstrating, exhibiting and selling their work throughout the 47 participating studios.  The tour will take you through the neighborhoods of the Arizona Desert Foothills in Cave Creek, Carefree and North Scottsdale to see paintings, jewelry, sculpture and pottery.

( Jossy Lownes is the host studio I will be exhibiting with) 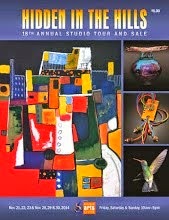 Posted by Barbara Rudolph Fine Art at 10:08 AM No comments: 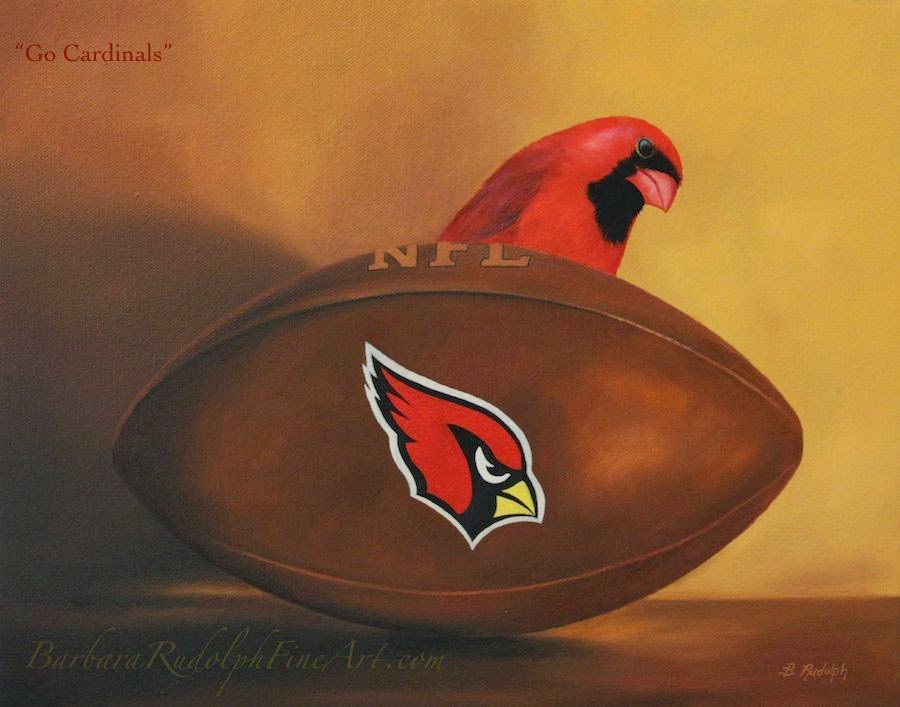 With the "Super Bowl" being played in "Arizona" this year, it would be exciting to have the "Arizona Cardinals" play in their home state.  This oil painting will be framed and available at the "Celebration of Fine Art" in Scottsdale, Arizona.  So if you are in town for the big game, or just to see the wonderful art in Scottsdale....you can stop by the "Celebration of Fine Art" to see or purchase this oil painting called "Go Cardinals."

For more information about the "Celebration of Fine Art" see the link at the end of this post.  The show opens on January 17th and is open every day through the end of March.

Super Bowl Sunday is the day on which the annual championship game of the National Football League (NFL) is played. NFL is the highest level of professional American football in United States. The game was created as a result of agreement between NFL and American Football League (AFL). The two were merged in 1970. Super Bowl Sunday is considered national holiday by most fans. It is the second-largest day for food consumption in the U.S. after Thanksgiving Day. The Super Bowl is also one of the most watched American broadcasts attracting more than a hundred million viewers.

Here is a photo of my oil painting in progress: 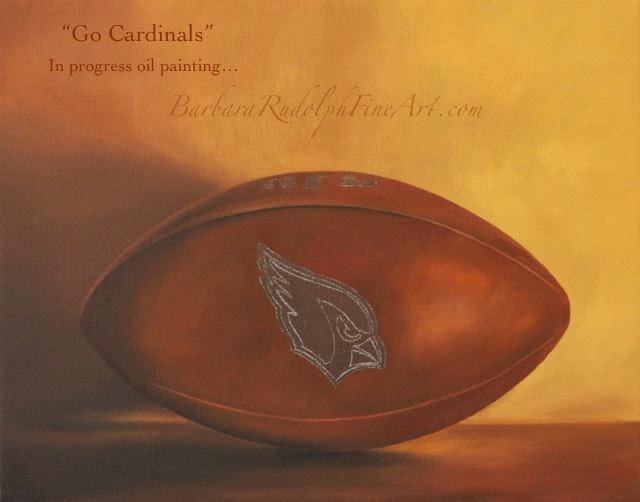 This painting is framed in a custom wood Italian made frame and is available for purchase.  I will also be offering it in a "limited edition" of prints.  Please contact me for pricing and availability.

The Celebration of Fine Art show in Scottsdale

Posted by Barbara Rudolph Fine Art at 3:55 PM No comments:

Here is a small oil painting of a "hummingbird" I just finished.   It is on a small canvas size 9x3".  I kept this "hummingbird" painting simple with a plain background.  I was outside in the early morning photographing a couple of "hummingbirds" in my patio trees.  They are so fun to watch.

I think this picture is a baby "Anna's hummingbird."  He didn't seem to mind me taking his picture but was very curious about me.  He was so much smaller than the other hummingbird nearby, so I wonder if it's the baby?  Usually they chase each other away from the feeder, but these little ones were quite friendly. 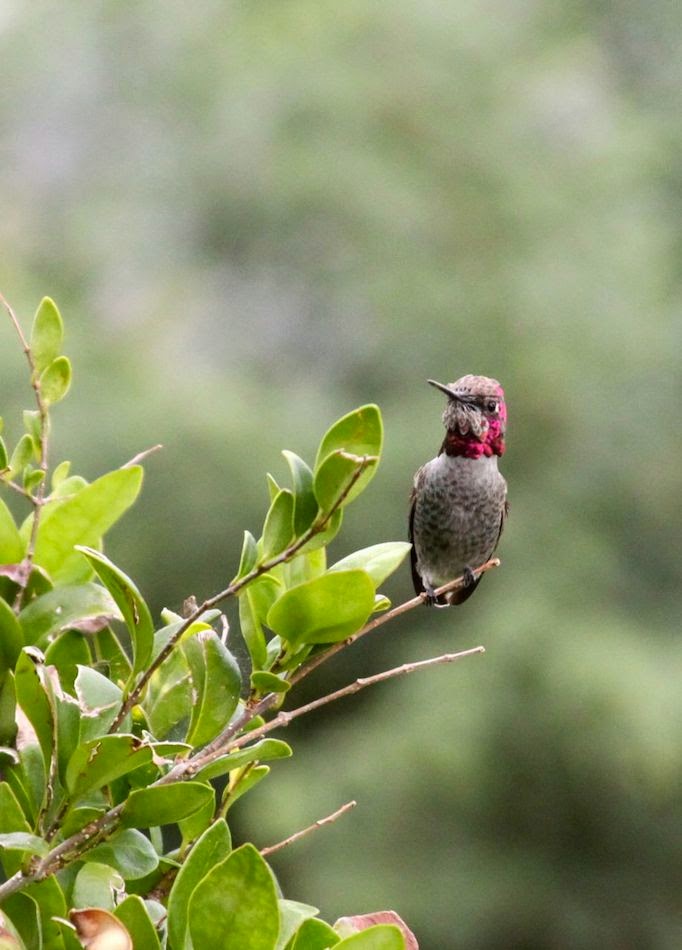 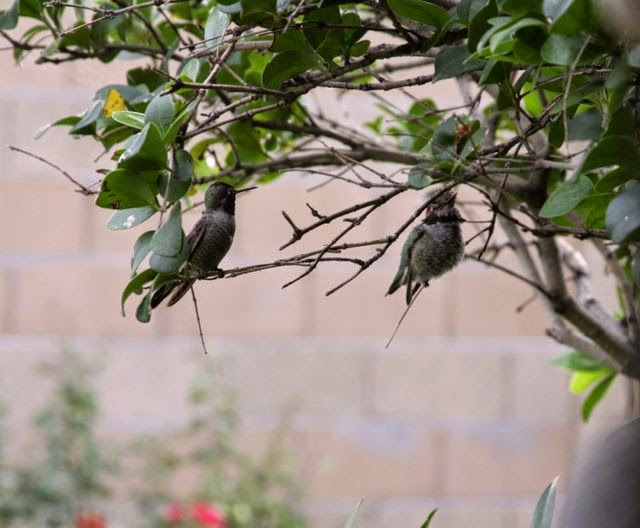 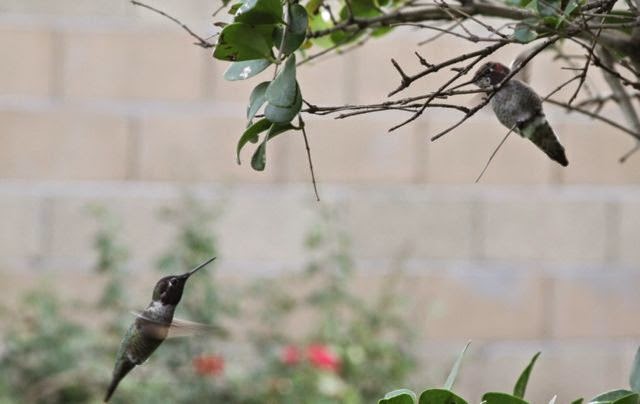 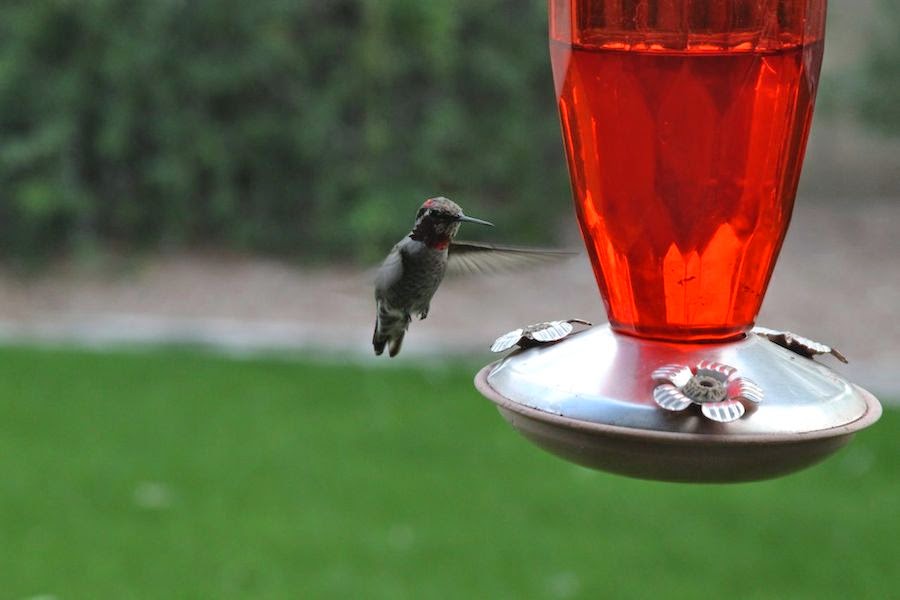 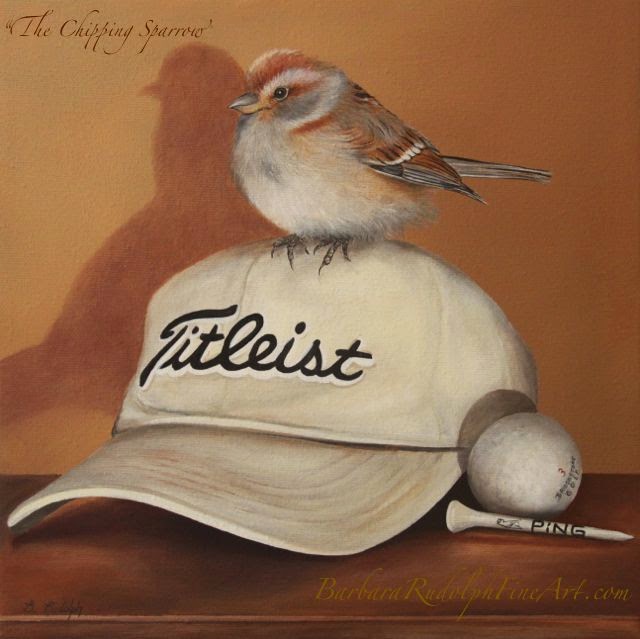 Here is a snapshot of a brand new oil painting called "The Chipping Sparrow."  It will be for sale at one of my upcoming Scottsdale winter art shows.  I will be posting a professional photograph of it on my website as soon as I have it ready.  It will be custom framed.  The canvas size is 10x10".

This painting features a little "chipping sparrow" sitting on top of a "Titleist" golf hat with a golf ball and "ping" golf tee.

Another wonderful show not to miss in Scottsdale is called the "Celebration of Fine Art."  It opens on January 17th,  2014 and runs through March 29th. 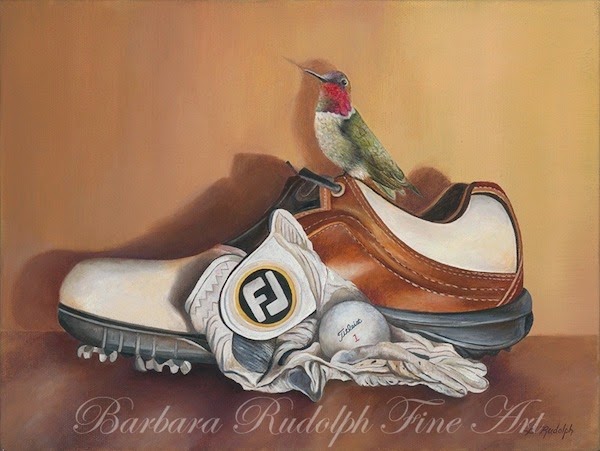 "A Birdie"
Posted by Barbara Rudolph Fine Art at 11:13 AM No comments: 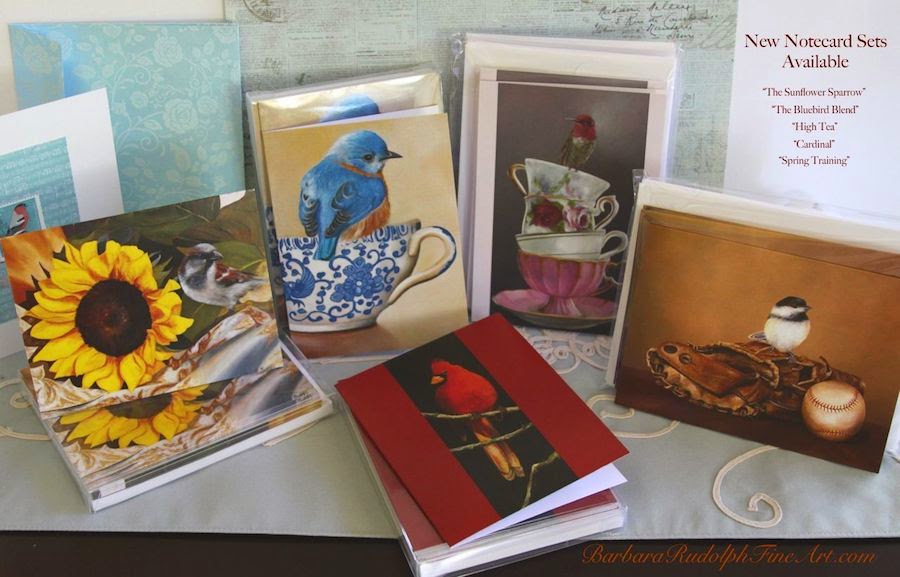 I have several designs now available in notecard sets.  I will be adding new designs too in the following months.  They will make great gifts for the the holidays too.  Three of the packaged designs come 12 to a pack with envelopes.  Those are $21.00 each.  These sets include: 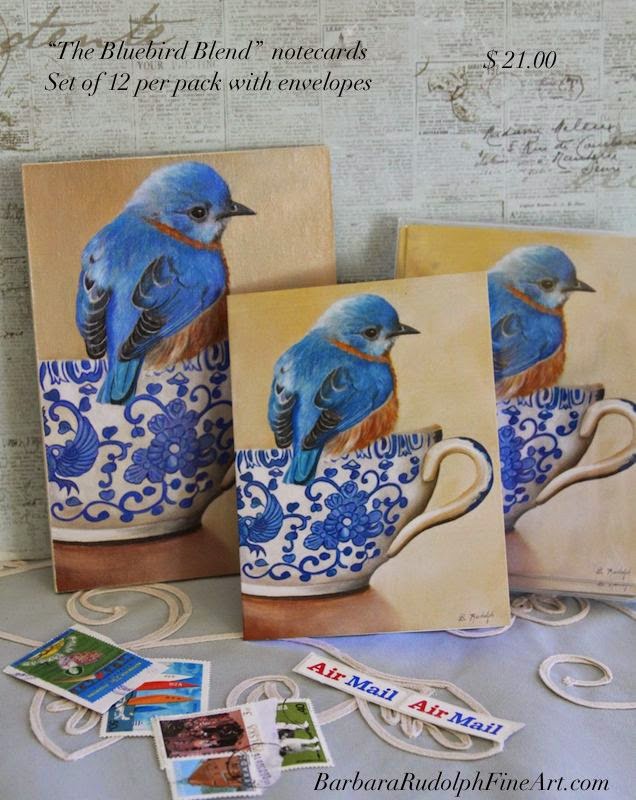 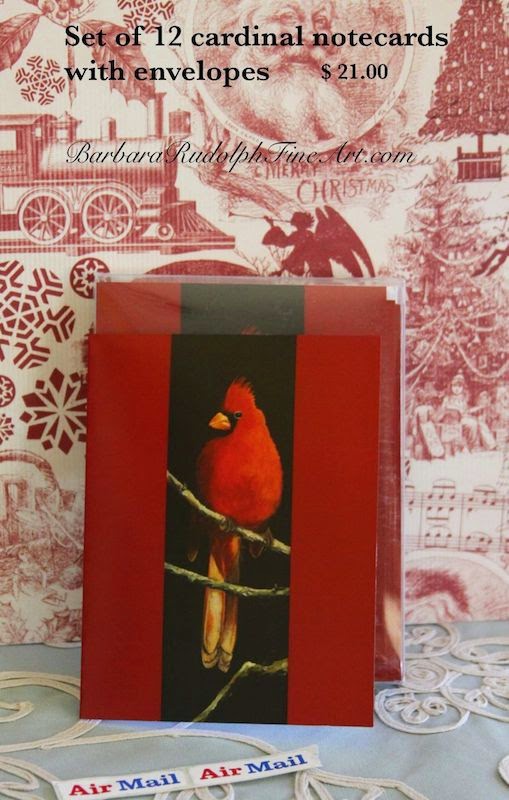 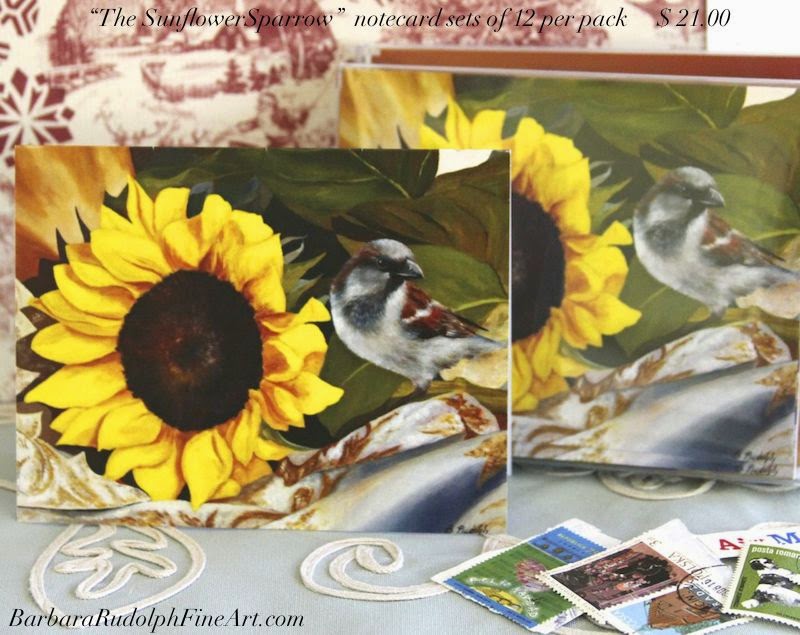 I also have two new sets available with "High Tea" and also "Spring Training."  This set comes with only 6 cards and envelopes to a package and they are a little larger than the notecard sets above.
(card size is 6 x 4.25")   $18.00 per set of 6 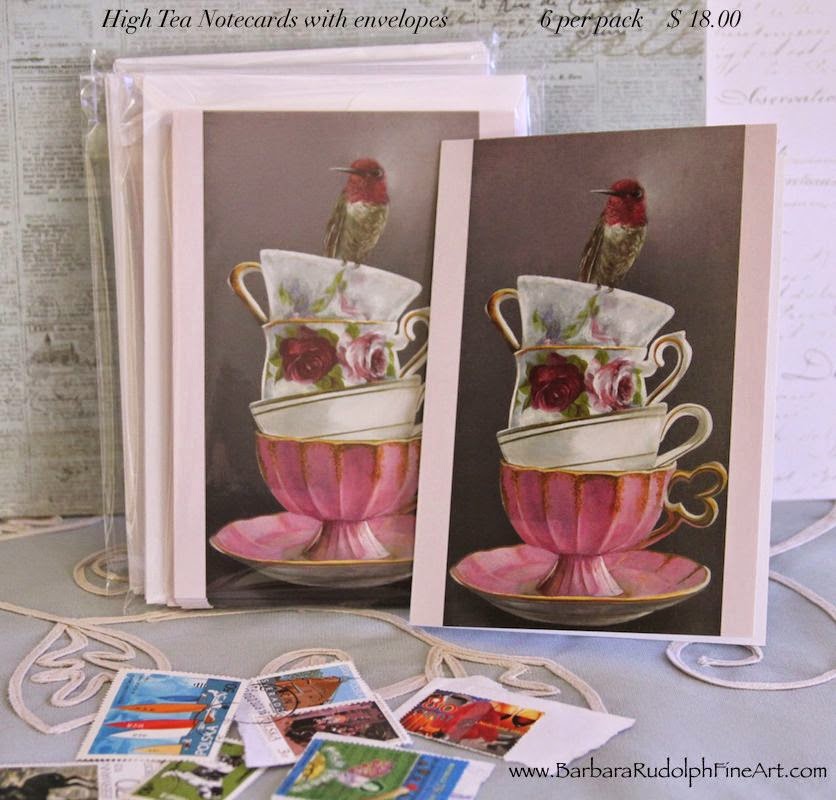 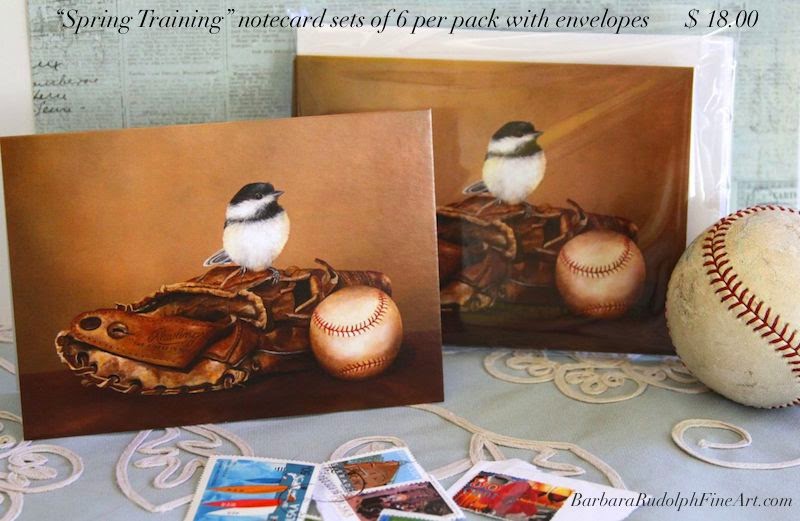 Stock up on some for holiday gifts.....FREE SHIPPING IN THE US (if ordered by Thanksgiving)